“Does this diet work?” is the question I get the most, in one way or another. Getting a definitive set of rules is satisfying if you feel lost. It’s almost like people are trying to figure out which religion to follow. Vegan, paleo, ketogenic, IIFYM and on and on. Each diet has it’s supporters, figure heads, and zealots. This leaves you stuck in the middle of a carousel of fitness nerds spouting off less than helpful anecdotes. No shade to my fellow fitness nerds, I am one of you. Nonetheless, it’s a weird time we’re living in.

So how do you figure out what you should be eating?

Let’s look at the myths first

The first thing we can do is separate the nonsense from the facts. Proponents of all major diets have some useful information, but they also have a biased view of all data they see. When people get attached to an idea, they’ll use wacky arguments to support it.

“Humans are the only animals who drink milk beyond a certain age”.

Someone should tell my dog, and nearly every cat on the planet this information. Most animals will lap up the milk you put in front of them, I’ve seen it firsthand on my grandmother’s farm in Puerto Rico. 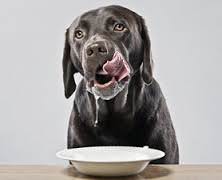 Someone should also tell the  Maasai tribes in Tanzania about this “milk fact”. The Maasai drink milk, blood, and eat meat. This is just one of many cultures throughout history who drink milk.

If you’re lactose intolerant, you obviously shouldn’t drink milk. If you get gassy when you eat dairy, you shouldn’t eat dairy. BUT if you eat dairy and feel completely fine, there really isn’t a problem. There’s nothing wrong with some organic and/or raw milk. If your milk is $1 a gallon, it’s not the good stuff. Quality is key with dairy.

“Ketogenic diets are the healthiest”

Nah. Maybe for some people, but not for everyone. There have been cultures throughout history who thrive on high carbohydrate diets. For example, the Ewe is a tribe that eats copious amounts of corn and yams, in addition to fish and other game.

Also, if you can’t stick to a diet, that diet sucks (for you, at least). Some people are able to eat ketogenic for years. Good for them! Seriously! But if you simply CAN’T adhere to the strictness of a ketogenic diet, then it’s not a good diet for you. Especially if falling off the wagon turns into week-long binges and feelings of hopelessness. The Atkins diet worked well for so many people initially, but a huge chunk of those people just couldn’t keep it up. Then the pendulum swung back into carb-land with avengance.

On a personal note, the ketogenic diet makes me flabby and foggy. Some people get shredded on a ketogenic diet, but I find that long term low carb, high fat diets cause me to gain body fat like crazy.

“Vegan is the healthiest. Humans weren’t meant to eat meat”.

Humans have been eating meat and animal products without health issues since as far back as we can trace humanity. In fact, right now, today, there are civilizations that have been untouched by modern society who eat mostly meat. You can find some of these various tribes in the Amazonian jungle. The video below is of the Yanamamo Indians. They hunt various animals and eat the meat. Nobody told them to eat meat. They hunt and eat meat because that is what their instincts guide them to do. They have no concept of hospitals, no obesity, and no cancer.

A vegan diet is better than a standard american diet. I’d be a vegan before eating McDonald’s or gas station hot dogs. I eat vegan some days because it feels right on those days. Vegans are also spot on about factory farms, and the evil treatment of animals in that environment. The meat from sick animals can make you sick, another thing vegans have right. You should also be eating mostly fruits and vegetables, another thing I agree with wholeheartedly. The list of things I LOVE about a vegan diet and philosophy far outweigh what I disagree with.

But I eat animal products. Ethically sourced, grass fed, free-range meat, organic dairy, and wild caught fish. I eat this way because eating strictly vegan doesn’t make me feel robust. I just look and feel healthier when eating some fish, or chicken, or even the occasional steak. Am I stuffing my face with bacon, burgers, and cheese at every meal? No way!

“Bacon is a health food. You should eat bacon”

Bacon might taste good, but I personally find it way too heavy. I like to think “light” when it comes to food. That one single phrase is my diet mantra. Eating “lightly” means I won’t feel like I have a greasy brick in my stomach after a meal. Bacon does that to me every time. It also breaks me out. Does this mean you shouldn’t eat bacon? No way. If you like bacon and it works for you, by all means, eat your bacon!

These are examples false statements used to support certain ideologies. These aren’t the first or the last false statements you’ll hear, but hopefully now you’ll have a better idea of how to spot them in the future.

Beyond taking other people’s word for it, here are some important ways to see if what you’re eating is optimizing or compromising your health.

Is this diet working for me? 5 Steps.

1. Affect on mood & cognition – How is your brain working? We all have good and bad days, but on average, are you thinking clearly? Are you sharp and able to focus? Are you in a good mood. All of these are side effects of a good diet! Eating a diet that isn’t suited for your metabolic type typically causes brain fog, depression, anxiety, fatigue and all the other yucky stuff we all hate.

2. Your body composition & bone density – Is your body getting leaner? Are you able to retain or add lean, hormone enhancing muscle tissue? Are you getting injured more? Are your teeth healthy or are you losing density at the roots?

3. Your digestion – Are you pooping every day to the feeling of complete emptiness?

4. The outside stuff – Your hair, skin, nails, teeth, and eyes are a good indicator of what’s going on inside. Is your diet causing hair loss? That’s not a symptom of detoxing (Something that should go without saying), that’s a symptom that your body doesn’t have what it needs to keep your keratin and biotin levels healthy.

5. Is it stress-free? – What you eat should not be a source of stress. If you become stressed out about following the weird voodoo rituals of a “special” diet, it might be time to let go a little and back off.

Also, are you using the way you eat as a tool to argue or feel superior to others? Are you writing nasty messages and comments about others because they don’t eat the way that you do? This might feel good in the moment, but acting as a defensive tackle for an entire community will suck huge chunks of time and energy out of your life. Not to mention that nobody wants to be around someone like that.

Another thing to watch out for is the term “detoxing” to defend the adverse affects of certain diets. Like I mentioned earlier, some people become so attached to their idea of a perfect diet that they’ll defend it at the expense of other people’s health. If your diet is causing you to lose clumps of hair, breakout, have cavities, and feel exhausted, those aren’t symptoms of “detox”, those a symptoms that something is amiss.

I’ve seen all five of these points suffer from every major diet out there. So a good way to live is to eat variety, eat whole foods, eat when you’re hungry, eat until satisfied-not-full, and enjoy the hell out of life!

What do you think?

The information presented on this site is by no way intended as medical advice or as a substitute for medical counseling. Consult your physician before beginning any exercise and nutrition program.

Your password reset link appears to be invalid or expired.